Nevada Carry obtained a copy of this internal administrative memo, reportedly circulated to all Metro officers, stating that they will no longer enforce handgun registration. No mention is made of the 72-hour waiting period for gun stores or policies regarding the other elements of SB 175 and SB 240. We are still seeking a comment from Metro. 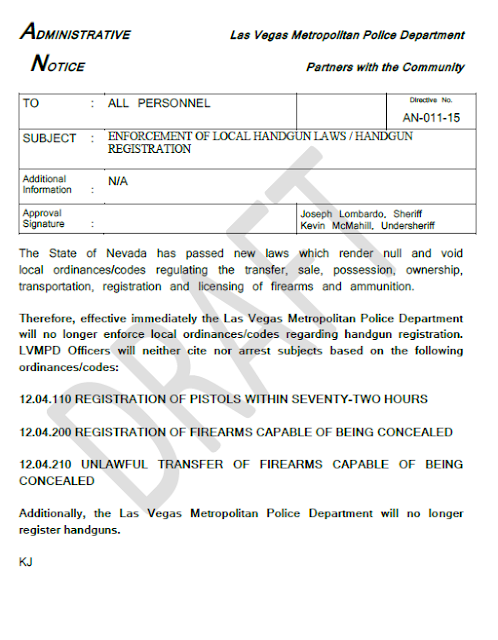 And the official press release, only 8 days late! 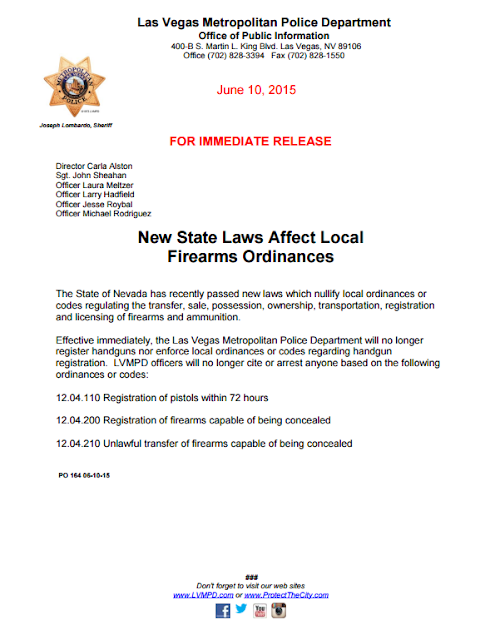 And this, received today, regarding some additional clarification: 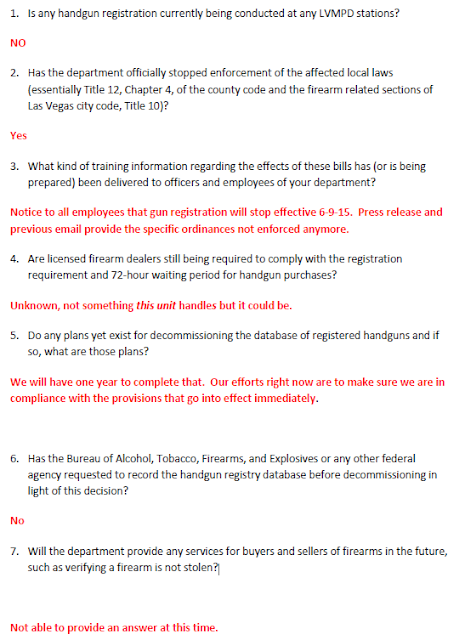 Note that Question Number 2 isn't just the three sections they 'highlighted' in their release and internal memo, but pretty much all the main gun regulations in the county and city of Las Vegas. As an official statement, this is something that we can take to the bank if they attempt to renege. I might not be a hand-written and notarized statement from the sheriff, but it's something.

Posted by nevadacarry at 7:35 AM