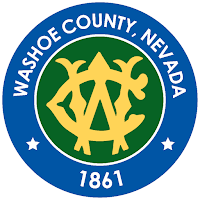 As every Nevadan knows, Las Vegas and Clark County often steal the show in our state. As a result, sometimes things fall through the cracks, such as Washoe County firearm ordinances preempted by state law. Several ordinances that were required to be repealed in 2015 still remain.

As you are aware, NRS 244.364 prohibits counties from creating firearm regulations, except regulating unsafe discharge of firearms, and requires the repeal of any prohibited ordinances or regulations. Enhanced preemption passed in 2015 mainly to eradicate the anachronistic Clark County blue card handgun registration system and to invalidate local ordinances that conflicted with state law. Overwhelmingly, Clark County municipalities and agencies compiled by repealing the illegal ordinances and regulations, with the notable exception of the incorrigible Las Vegas Clark County Library District.

Washoe County still has several firearm regulation ordinances not pertaining to the unsafe discharge of firearms on the books, including a ban on possessing firearms in parks and a concealed weapon ordinance that was superseded by state law in 1995. An area resident brought the park ordinance to our attention and an investigation turned up the following ordinances inconsistent with state law.
The parks superintendent, Colleen Wallace Barnum, replied to the citizen that the District Attorney’s office informed her that such ordinances were grandfathered in, as they were enacted in 1979. This is not the case. Either someone is stupid or thinks the public is. Enhanced preemption invalidated all conflicting ordinances. Grandfathered ordinances were specifically eliminated by 2015’s SB 175/240. The Attorney General’s opinion in regards to the Clark County park ordinance has been invalidated by the legislature. For more information on preemption and the parks issues down south, please visit the Local Laws page on the main site.

The Washoe citizen who notified us has asked the county commissioners for repeal of the ordinances. We have also sent an email informing them of the issue. Residents of Washoe County would be well-advised to contact their commissioners on their own to request repeal.

Commissioners’ contact info can be found on their profile pages.

Though enforcement does not seem to be an issue, the repeal is required by state law and laws inconsistent with preeminent state laws have no place on the books.

Additionally, the Washoe County Shooting Range, a park facility, prohibits holstered firearms (carry as well as holster draws) except for law enforcement. Many ranges ban drawing and firing from holsters or require the rangemaster or safety officer to certify someone first. In and of itself, it is not an altogether bad regulation. What is inappropriate is extending distrust so far as to prohibit non-firing holstered handguns, effectively banning open carry.

Such a ban is dubiously legal as there is an exemption for shooting range regulations, but it should not extend any further than drawing and firing from the holster. Target practice can be separated from arriving and leaving the range. The concern is an inexperienced or careless shooter touching the trigger during the draw, but two permitted interactions (drawing at the beginning of the session and replacing at the end) is not statistically likely to result in a negligent discharge. Banning a holstered weapon entirely, especially one that never leaves the holster, is asinine and insulting to the firearm community.

Reno and Carson City are plastered with as many bad “no gun” signs as Clark County. Just because the issues are not as high-profile in your community as they are elsewhere in the state, the issues are there. We cannot stop telling government that it is wrong and seeking redress. In a nation under the rule of law, our laws must be fair and consistent.

If you have not yet done so, join our Facebook discussion group and stay abreast of the issues.
Posted by nevadacarry at 12:14 PM